Originating in a Kinsale kitchen, the award winning Kinsale Spirits Irish Gin and Whiskey are rich in history, local culture, and quality- learn the who, why, where, and when of the Kinsale Spirits Company 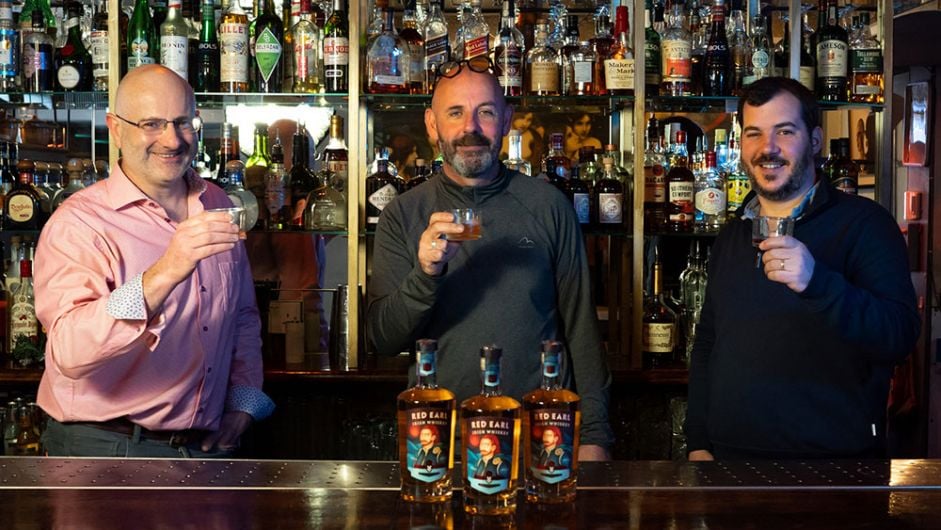 Originally starting as an owner of multiple bars, Tom O Riordan utilized his 3 decades of experience in the business and went on to become the founder of the Kinsale Spirits Company, along with his sister Clodagh. He owns and manages the popular Raven bar in Cork City center; at some point he and his sister began making small amounts of gin in his kitchen in a small still he bought. Clodagh had much business experience and was going for her distilling license, with her business sense and skill and his experience in the industry, they made a great kitchen gin team. Once Tom saw in his bars that gin sales were shooting upwards, they kept up the search for a great gin by making small batches and "foraging botanicals, sourcing exotic ingredients" until they had a recipe they were satisfied with. It took over 60 batches and much drinking on the part of family and friends, but eventually Kinsale Gin was discovered and led to the debut of the Kinsale Spirits Irish Whiskeys as well. In addition to being a founder, O Riordan is the official director of operations and production for the Kinsale Spirit Company. Ernest Cantillon started off pursuing a career as a chef post college, but switched gears and ended up managing a pub. Soon after, Cantillon was persuaded by his father to buy his own pub, and a short time and a bank loan later, the Sober Lane pub was opened. He went on to open the Electric Bar and Fish Restaurant in 2011 and another location of Sober Lane in Dublin, which ended up closing about 2 years after it opened due to competition and Cantillon's own fatigue. In his words, “The competition got pretty tough and I got sick of the commute. I was running a nightclub in Cork at the time and finishing work at 3 in the morning and getting the train to Dublin at 6, and in the middle of that I got married.” Eventually, Cantillon threw in the towel and focused on other ventures, such as the Kinsale Spirits company. Having gotten his first bar job from O Riordan, Cantillon had sort of stayed in touch and the two of them decided to make the shift from publicans, (according to Dictionary.com, that's Irish for "a person who owns or manages a tavern; the keeper of a pub") to the manufacturers and creators of the alcoholic beverages sold in those pubs. Cantillon manages sales and marketing for Kinsale Spirits, bringing his extensive experience in the beverage and bar industries to the Kinsale Spirit Company team. Colin Ross brings his years of experience in business, specifically marketing and management, to the Kinsale Spirits team. He describes his prior experience as "a commercial background in the hospitality and beverage space." Ross holds a communication degree, and has worked for Heineken as well as done consulting work for many other businesses in the global alcoholic beverage industry. He previously held the position of vice-chairman at the County Cork Vintner’s Federation, as well as chairman of Cork City Cares. Ross's official title is that of Managing and Export Director, but he brings with his experience a dry sense of humor and optimism towards Kinsale Spirits' future. As a whiskey lover himself, Ross has "helped shape" the Kinsale Spirits whiskeys. 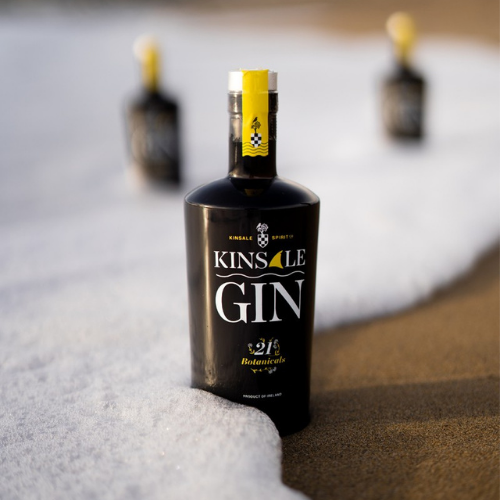 A London Dry Gin, Summer Cove incorporates over 20 different botanicals, with juniper, meadowsweet, elderflower, and elderberry at the forefront; Kinsale focuses on utilizing local botanicals, using the natural flavors of Kinsale to enhance their gin. Nothing is added following distillation, as per the London Dry Gin style, and the botanicals are dried naturally before being used in the process. The nose is described on Tipxy.com as being "Juniper forward quickly followed by sharp citrus from bitter orange and lemon peel with a complex spiciness," described by Éadaoin Fitzmaurice  as "very fresh and fragrant." The taste is smooth with "an immediate burst of flavours." There is both fruitiness and floral undertones from the berries and flowers in the botanical mixture, as well as flavors of apple and citrus, including lemon verbena and balm. These unique flavors are "followed by earthy spices from roots and seeds." The Kinsale Gin finishes with what it calls a "reassuring heat" that comes from the root and seed undertones present, and it boasts a long lasting aftertaste of citrus and honey. 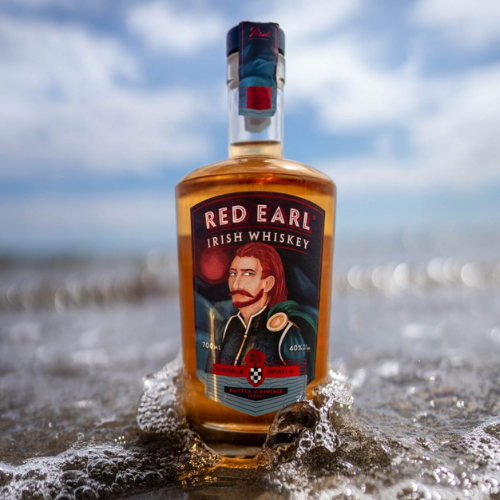 Red Hugh O Donnell, the Irish legend that inspired the name of the Red Earl Irish Whiskey, is described as the heroic "chieftain of a powerful Irish dynasty in north west Ireland" that "led the success of numerous battles against the forces of Queen Elizabeth I." Red Hugh O Donnell became the Earl of Tyrconnell, and then created an army through joined forces with other powerful clans, fighting the English control of Ireland. Red Hugh died while in Spain seeking aid for the fight against English occupation, and many think his death was at the hands of an English double agent who poisoned him. His bright and brave spirit is the inspiration for the Red Earl Irish Whiskey, steeped in Irish culture as well as aged in first bourbon, then sherry, and then finally Rioja casks. "Triple-casking delivers roundness of flavour, lengthy finish & an exceptional aroma."

The Red Earl Irish Kinsale Whiskey aromas include slight notes of cherry, strawberry, citrus, and rose petal, "layered on top of marzipan, almond, and oak notes." Red Earl has a fruitiness to it, both on the nose and palate. When the whiskey hits the palate, a rewarding mix of toffee, vanilla, and toasted almonds is tasted, complemented by flavor nuances of cinnamon and clove. The finish is "long, warm, and moreish," leaving you wanting another sip. This whiskey can be enjoyed neat, but is also the perfect Irish whiskey for an Irish coffee or cocktail.

Where To Buy Kinsale Irish Gin and Whiskey in the US?