From Out In The Boondocks To Your Front Door

Out In The Boondocks...

There's no rushing the whiskey making process, not if you're looking for craft whiskey as premium and complex as Boondocks. And for high quality whiskey, lots of space for a distillery, a healthy water source, and farms with animals that can eat used mash are a must. Historically, all of these whiskey-making requirements led to many distilleries being out in the boondocks, and Boondocks Craft Whiskey honors whiskey history and its own name by being no exception. After a single sip of any Boondocks Craft Whiskey bottle, it's clear an expert was involved in the fermentation, distillation, and aging process, and that expert is Dave Scheurich. In his words, "I thought I'd ride off into the sunset [upon retirement]... but it didn't work that way. I had an opportunity to use my knowledge to develop a new brand." The brand is the Boondocks Craft Whiskey Brand. In addition to over 50 years of experience in the whiskey industry, the Boondocks Master Distiller and Director of Operations also received the Whiskey Advocate Magazine’s Lifetime Achievement Award for his lifelong contributions to the world of whiskey. 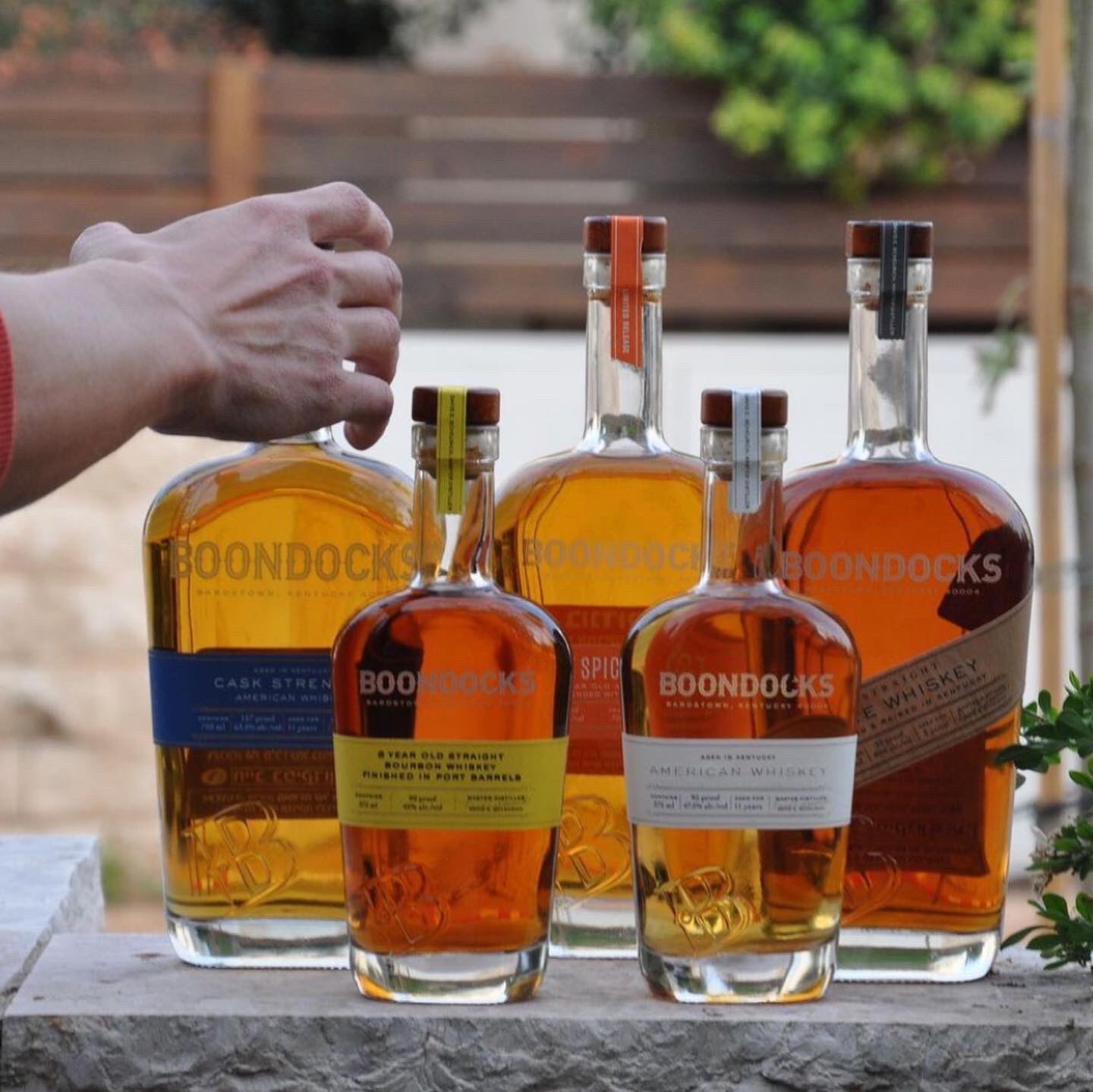 Boondocks Craft Whiskey's bottle can be described as "timeless;" the bottle is modelled after a hip flask with smooth lines and a classic and appealing shape. Boondocks Whiskey originated in rural areas, out in the boondocks, but with online craft beverage platforms such as Tipxy.com, specializing in bringing artisanal spirits and wines to the whole America, Boondocks Craft American Whiskey or Straight Bourbon can be delivered straight to almost any American doorstep.

Boondocks American Whiskey is created from a mash bill incorporating corn, rye, and malt. The whiskey is aged in American white oak barrels in Kentucky for 11 years before going out into the world to share its rich, creamy, and fruity flavors and texture. The Boondocks American Whiskey has an ABV of 47.5%, and is known for its complex flavors including fruity notes and unique spices. Toasted marshmallow oak barrel undertones are present as well, and the "creamy and buttery" mouthfeel combined with the long finish makes this American Whiskey something special.

Boondocks American Whiskey can be found here on Tipxy.com for only $45.99 with free shipping on all orders over $99.

Naturally, Boondocks Cask Strength 11 Year Old American Whiskey has a higher proof, but despite the 63.5% ABV, Boondocks Cask Strength American Whiskey "feels soft and pillowy in the mouth." The whiskey is light; up to 90% of the mashbill is made up of corn and the rest of rye and malted barley. After being distilled to 160 proof, the American whiskey is aged in used oak barrels. Tasting notes include milk chocolate, malty corn cereal, maple and vanilla, earthy oak, spice, and leatheriness. The flavor finish is short, with merely a "faint hot tickle catch[ing] the back of the throat."

Boondocks Cask Strength American Whiskey can be found here on Tipxy.com for only $67.99 with free shipping on all orders over $99.

In addition to American Whiskey, Boondocks makes a 45% ABV high quality bourbon. Described as "a beautiful ruby and amber color" with bright, warm, and fruity notes, the bourbon is "enhanced by a subtle port finish" and accentuated by aromas and tasting notes of vanilla, raisin, and subtle smoke. The mouth feel is oaky, sweet, spicy, and grand, with a nice long finish.

"Aging bourbon in barrels is an art, not a science... We started with an incredibly smooth and rich 8 Year Old Straight Bourbon Whiskey, hand selected by our Master Distiller, Dave Scheurich and then coaxed even more flavor and nuance out of it by aging it."

Boondocks Cask Strength American Whiskey can be found here on Tipxy.com for only $55.99 with free shipping on all orders over $99.

Boondocks American Whiskey, Cask Strength American Whiskey, and Straight Bourbon Aged in Port Barrels can all be sipped neat, for fantastic flavors, textured mouthfeel, and a glorious finish. But if you're in the mood of something a little less intense but that's still got that quality and kick, check out the Peach Tea recipe below, made with Boondocks Whiskey.