Misunderstood Ginger Spiced Whiskey was designed to help all those vehement whiskey repudiators truly understand and redefine whiskey as a category, seeing the drink not as a tight lidded spirit category appreciated by a few, but a fun and versatile drink that can be enjoyed by anyone.

Chris Buglisi and JD Recobs, two friends from Montclair NJ, have been an entrepreneurial team from a young age. They met when they were 7, and following that were involved in early business endeavors, such as lemonade stands, house painting, and DJ-ing at events. After college, both JD and Chris found their alcoholic beverage tastes maturing, and they were developing a love of whiskey as they pursued careers in the tech and finance industries, respectively. However, few friends or people around them seemed to genuinely appreciate straight whiskey. It was when they saw that flavored whiskey was popular among even those that claimed to hate whiskey that they had the inspiration for Misunderstood Whiskey, flavored with ginger. They went into it with an attitude typical of the two of them, saying to each other, "the worst that could happen is that we have a bunch of whiskey to drink, right?" Ginger Spiced Misunderstood Whiskey far exceeded expectations, but thankfully JD and Chris still had a bunch of good whiskey to drink. As the Misunderstood Whiskey Story goes, JD and Chris had zero experience, testing batches in their kitchen with their mouths. The two founders don't claim anything else, saying "We spent many sleepless nights running home from our corporate jobs to blend, infuse, and spit out lots of homemade infusions." They tried a lot of "gross things" until they discovered a dual ginger whiskey bourbon combo with a high corn mash bill that just worked. It took four years until they were entirely satisfied with the product and it was ready to be shown to the world, but once they got there, Misunderstood made quite the splash during its debut at the Jersey City Whiskey Fest and has met with enthusiasm from drinkers around the world ever since.

A story of inspiration for any spirit entrepreneur wannabes out there, Misunderstood Whiskey was started "with absolutely no experience besides drinking the stuff." Chris and JD's motivation is evident in the statement they make on their website: "We just had a vision" of "a unique, high quality whiskey that was the perfect balance between complexity and drinkability." The theme of the Misunderstood Whiskey brand is the idea that anyone can enjoy it, whiskey lovers or traditional whiskey haters. Misunderstood whiskey is more authentic and purist than many flavored whiskeys but still has enough of that ginger spice that it is palatable to those who aren't  whiskey enthusiasts. JD and Chris say that they "set out to create the whiskey for everyone. The whiskey for our friends. The whiskey for our moms. The whiskey that enthusiasts, newbies, and even those who experience “whiskey-phobia” can share." 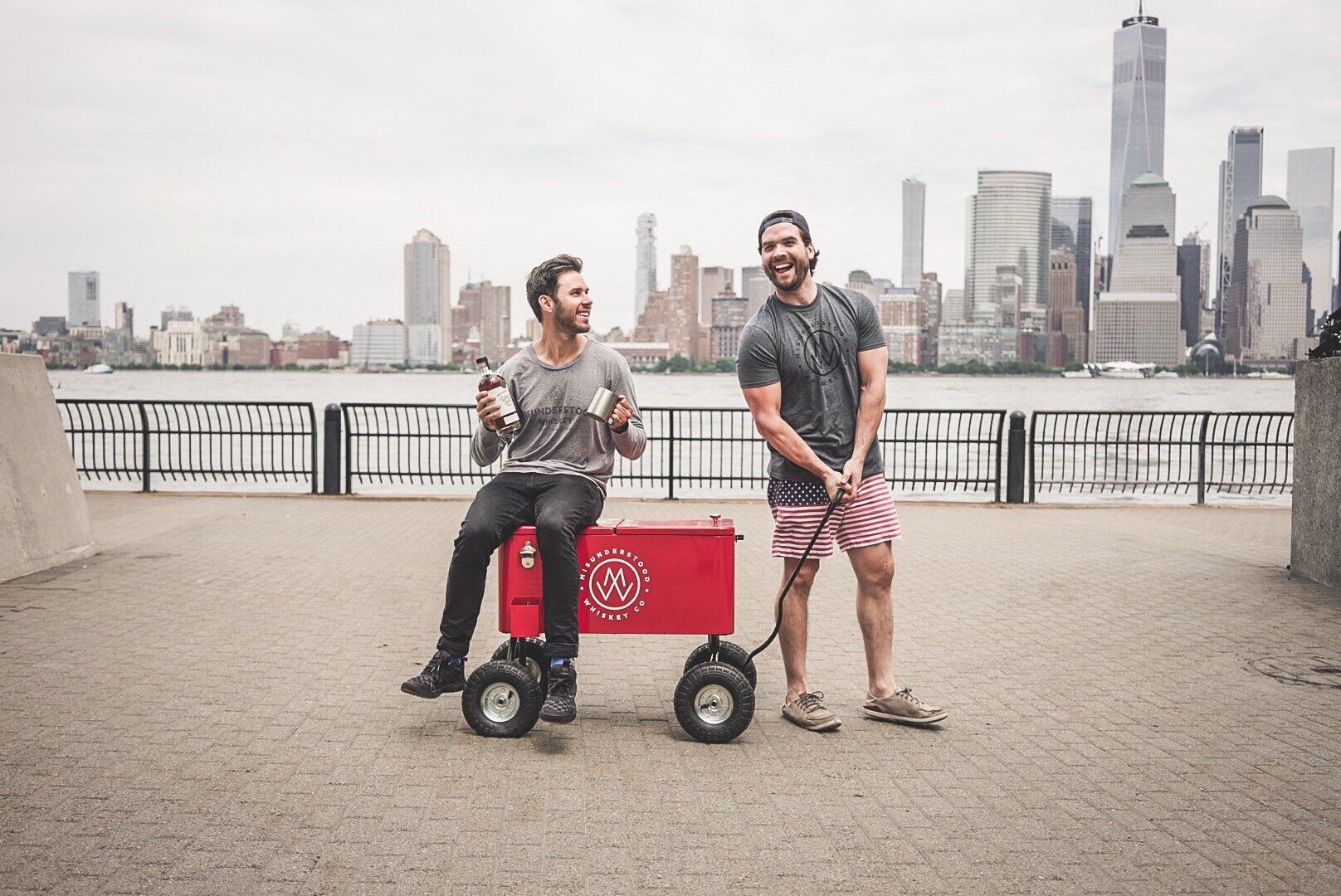 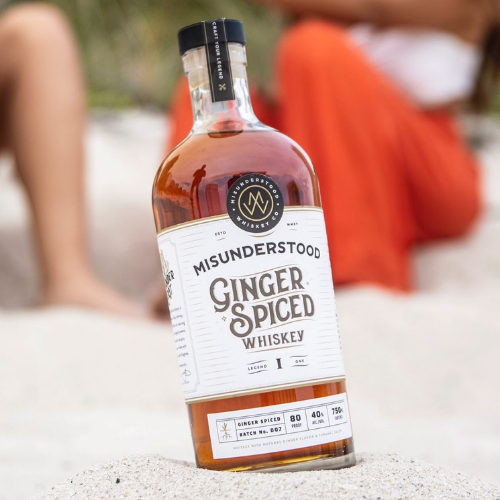 The bottle itself is the classic 80 proof, made up of bourbon and American whiskey and aged in American oak barrels. The whiskey has a high corn mash bill, which is balanced with both yellow ginger and white butterfly ginger, creating a smooth, subtle, sweet, and "light lingering ginger finish with hints of baking spices & butterscotch." Gluten free and vegan-friendly, the ginger spiced whiskey is made and bottled in Bardstown, Kentucky.

Aromas include vanilla bean and caramel along with mandarin orange and, of course, fresh ginger. Once the whiskey hits the palate, flavors of fresh ginger root, caramel, toasted oak, creme brulee, and ginger snap cookies are tasted, with a long lasting ginger-y butterscotch finish. Described over and over again as being extremely versatile, Misunderstood can spice up a cocktail or be enjoyed on the rocks. Some favorite cocktail recipes with Misunderstood Whiskey include Kentucky Mules, Ginger Old Fashioneds, Hot Toddys, and Ginger Peach Teas. Check out the Misunderstood Whiskey website for some awesome ginger infused cocktail recipes here.

Where To Buy Misunderstood Whiskey Online In the US

Misunderstood Ginger Spiced Whiskey can be found on Tipxy.com for just $37.99. Tipxy ships to almost all states in America, and will pay for your shipping if you spend $99 or more. And once you're there, you can check out the broad and unique Tipxy.com craft spirit selection.

For More Information on  Misunderstood...

Here is an "educational" rap, presented by and starring JD and Chris, of Misunderstood Whiskey: